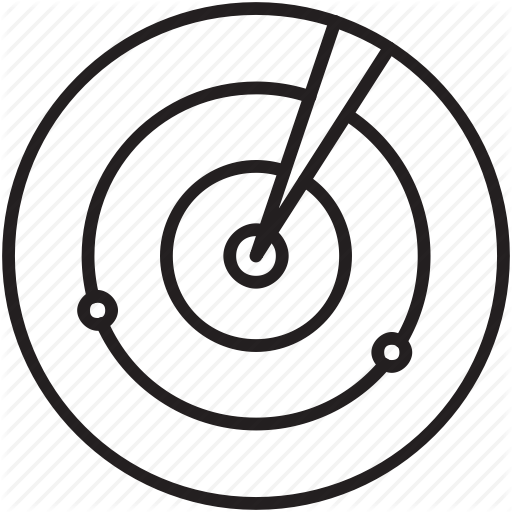 In the Jetsons, we see thousands of flying cars zooming about in an invisible lattice in the sky, safely. This got me thinking. What is needed before we can trust something like that existing in the heavens above London?

Many of us in London bemoan the decision to expand Heathrow because of noise implications (we’ll come to that in a later blog). We are told that it is too congested. In the meeting I attended with TfL on flying cars, they claimed that London had the world’s most congested airspace, which is why helicopter flights are so difficult to approve. Yet when you look up at the sky in most parts of London, you’ll almost never see an aircraft. What’s going on?

The first challenge for any mobility system is for its vehicles not to crash into each other . On roads this is achieved by the individual drivers using their eyes, ears and the speed limits – but we still get collisions. In the skies, passenger aircraft are flying at anywhere between 300 and 900 kilometers per hour. The nearest collision is likely catastrophic, and beyond your visual range, and that’s if it’s daytime. On top of that, aircraft fly in 3D, so the next collision could be above or below you. Picture making a wrong turn in this environment:

In this challenging 3D environment we need a way of tracking the position, including altitude and importantly speed and heading of all vehicles in a space to make sure their current paths are clear, but also that there is enough margin for error if something goes off track. London’s air space may be spar according to our eyes, but that is because clearances for large, near-sonic aircraft can range from three hundred meters vertically to several kilometres horizontally.

Tracking the aircraft is done by technology such as GPS, radar and VHF ranging. Believe it or not though, it’s human beings at the end who oversee the management of air space using this information. They’re called air traffic controllers (ATC).

The International Civil Aviation Authority (ICAO) was convened in 1944, at the end of the war, to develop a shared set of rules for all the member countries to allow safe air travel between them – this includes things like aircraft call-signs, identification protocols, and flying at even altitudes (for example 34,000 ft) when flying West, and odd ones when (e.g. 35,000) flying East.

Each country then formed its own National Aviation Authority (NAA) which made the ICAO regulations (or a variation of them) effectively into national transport law. For example, the UK’s Civil Aviation Authority effectively rolls up in the Government’s Department for Transport, and sets the rules for any flying passenger vehicle over UK skies.

Europe’s NAA’s are in theory able to join up and manage the whole of Europe, since regulations are so similar and borders are adjacent – this collection of NAAs is called Eurocontrol, and Eurocontrol is working towards a fully joint up European sky in a programme called SESAR.

That’s for international travel. If we want to get back into the Grand Challenge in the UK, i.e. flying cars and urban air vehicles, we need to focus on the CAA, its service providers and the technology available.

Radio Detection and Ranging, or RADAR has been around since the beginning of the century, and is still the most widely used way of tracking moving objects. An electromagnetic pulse of a specific frequency is emitted into space, and when it hits something, it bounces back to a receiver. By triangulation of the emitted and received rays, the location of the object can be determined, and by measuring the Doppler shift of the ray, the speed of the object can be worked out (at that instant, with a bit of lag).

The range and resolution of the RADAR depends primarily on the power source of the emitter. If you wanted to see all around you, you’d send out a spherical beam, but since the power of your emitter would be spread over a huge surface area, the intensity at any given point would be low, meaning your resolution would go down, and you’d need a huge amount of power to compensate.

You could instead focus a beam in one direction, and mount it on a rotating platform, but that introduces some other limitations; depending how quickly the objects move compared to the rotational speed of the emitter, you may lose track of them. In the below gif what we’re seeing is a snapshot of each wedge in the map which is updated at the frequency of rotation.

If I were to be unreasonably critical, this is like rotating a blinkered animal and asking them to constantly report what they see. If a close cluster of aircraft moved very quickly in confusing directions, it may be difficult to keep track between sweep passes.

Back when computers were rudimentary, each returned signal had to be interpreted and classified at the same rate or faster as the signal swept around a circle; this again placed limitations on how fast you could sweep, but also the number of targets that could be simultaneously tracked.

Aside from the range and power constraints already mentioned, the frequency bands of the the electromagnetic bands that the radar can use are assigned by the CAA. Jamming or interference of the RADAR system can be done by sending noise or false readings at these frequencies to the receiver, confusing the processor into seeing things that aren’t there – this is the basis of electronic warfare.

Target classification and identification is a challenge to the processor that interprets the receiver signals: emitted signals reflect not only off aircraft, but birds, wind farms and skyscrapers. Certain wave frequencies can get diffracted by high terrain or weather systems. And once the signals are back, the processor needs to piece together not only that something is there, but what exactly it is. Back in 1944 at ICAO aircraft were much fewer and slower, and this was not too much an issue.

Today however, if we want to track thousands of tiny, zippy delivery drones and flying cars around Hong Kong, we need much more sophisticated systems.

The emitter and receiver problems discussed earlier are physical limitations which can be crudely addressed by having a higher power input, or more efficient electronics in the emitter and receiver. The electromagnetic frequency bands available is a regulatory decision, which is becoming a bit more of an issue these days as certain frequencies are becoming saturated. Also, the frequency bands available today for RADAR may not be the optimal ones for detecting much smaller objects.

Where technology has been able to make a huge difference is in computing power and efficiency. Faster processors can track more targets. Intelligent signal processing coupled with machine learning can intelligently classify birds from wind turbines and drones.

To manage an airspace like London, a 3D “always on RADAR” will likely be needed that can continuously see and track in 3D. That, or at least a “nearly always on” system with a very fast sweep, compared to the rotating architecture of old. This market is expect to grow nearly 20% annually. There are rapid-refresh drone detection systems on the market from companies like do SAAB as well as groundbreaking, true always-on holographic radar by UK based Aveillant (Now part of Thales).

All of this has so far been about centralised control of the airspace – one central radar air space manager such as NATS sees all and controls all. As the number of vehicles spirals, and vehicles become much more zippy, how efficient can this be?

Humans need to feel in control, and the legal system needs human accountability. It is very likely that the first flying taxis will be piloted by a human. It is also unlikely that air traffic controllers will be fully replaced by robots before our airspace starts seeing commercial drones. The controllers will need to be making decisions, communicating to pilots, and counting on them to cooperate. The rate and frequency of this communication could be an order of magnitude higher than for large civil aircraft. This is a real challenge to get around, even if we know intelligent algorithms and robots would probably handle this complex system better.

What tools can we then equip the pilots with to limit human error, and control the vehicle if it decides not to cooperate? Many passenger aircraft today are fitted with a Traffic Collision and Avoidance System (TCAS). This couples onboard radar, communication with other TCAS-equipped aircraft and algorithms to alert pilots to impending accidents; when the ground controller and TCAS give conflicting instructions, the pilot must choose who to follow…

The problem with leaving every flying car to decide for themselves is that we get back to the original problem on our roads: large numbers of independent decisions based on limited situational awareness causes macro effects, better known as traffic. There are also knock-on effects from unexpected decisions that can compromise system safety. These quickly become intractable to model; if you have 5 independent vehicles each deciding what to do based on the other 4 it can see, there are up to 120 (5 factorial, or 5!) different configurations for their next collective move – and that is in one dimension of motion. 10! is over three million.

Groups of drones (or the eerie sci-fi term “swarms) can be told to keep a safe clearance around themselves (like a bubble) – this is a simple rule that can be hard wired, but is again not taking in the big picture. For anything more intelligent, the computational power becomes significant and is hard to do on-board, not least because of weight restrictions.

As well as always-on intelligent detection and classification, it seems that there needs to be a systems-level solution for actually managing the airspace. This will probably  need artificial intelligence, or a high level of augmented intelligence. Whether or not this computation takes place on the actual vehicles or the central controller is another topic which will probably come down to the regulatory and ethical paradigms of each country.